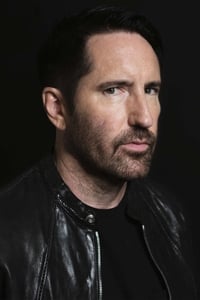 Michael Trent Reznor (born May 17, 1965) is an American singer-songwriter, multi-instrumentalist, composer, producer, actor, leader of industrial rock band Nine Inch Nails, and member of How to Destroy Angels alongside his wife, Mariqueen Maandig, and Atticus Ross. He was previously associated with bands Option 30, Exotic Birds, and Tapeworm, among others. Reznor left Interscope Records in 2007, and is now an independent musician. Reznor began creating music early in his life, and cites his Western Pennsylvania childhood as an early influence. After being involved with a number of synthesizer-based bands in the mid-80s, Reznor gained employment at Right Track Studios and began creating his own music during the studio's closing hours under the moniker Nine Inch Nails. Reznor's first release as Nine Inch Nails, Pretty Hate Machine (1989), was a commercial and critical success, and he has since released seven major studio releases. Outside of Reznor's chief project Nine Inch Nails, he has contributed to many other artists' albums, including Marilyn Manson and Saul Williams. In 1997, Reznor appeared in Time magazine's list of the year's most influential people, and Spin magazine described him as "the most vital artist in music."[1] Reznor, in collaboration with Atticus Ross, composed the score for The Social Network, a 2010 theatrical film about the founding of Facebook. The duo won the 2010 Golden Globe for Best Original Score and the Academy Award for Best Original Score for their collaboration. The soundtrack album was released by The Null Corporation, Reznor's own independent record label. Earlier this year, Reznor announced that the pair would once again be collaborating with David Fincher by composing the score to the US film adaptation of the novel The Girl with the Dragon Tattoo, set for release in late 2011. Description above from the Wikipedia article Trent Reznor, licensed under CC-BY-SA, full list of contributors on Wikipedia.

Available on the following streaming services in the UK
If I Can’t Have Love, I Want Power (2021)

Some movies or TV shows available in the UK starring or involving Trent Reznor are, for example, If I Can’t Have Love, I Want Power, 22 vs. Earth and Soul.
The streaming services with the largest selection are Amazon, Google Play and iTunes.
The best StreamHint ratings are The Vietnam War (8.8), Nine Inch Nails: Beside You In Time (8.4) and Soul (8.1).