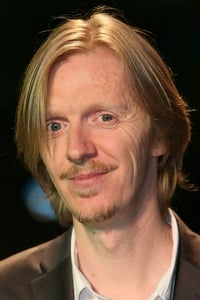 From Wikipedia, the free encyclopedia. Andrew Ralph Adamson, MNZM (born 1 December 1966) is a New Zealand film director, producer and screenwriter based mainly in Los Angeles, California, U.S., where he made the blockbuster animation films, Shrek and Shrek 2 for which he received an Academy Award nomination. He was director, executive producer, and scriptwriter for C. S. Lewis' The Lion, the Witch, and the Wardrobe. Shooting took place in New Zealand, primarily in and around Auckland, but also in South Island where much of Peter Jackson's The Lord of the Rings trilogy was filmed. He also worked on the movies Batman Forever and Batman &amp; Robin as a visual effects supervisor. He was made a Member of the New Zealand Order of Merit in the 2006 Queen's Birthday Honours List. Description above from the Wikipedia article Andrew Adamson, licensed under CC-BY-SA, full list of contributors on Wikipedia.

Available on the following streaming services in the United States
Puss in Boots: The Last Wish (2022)

Some movies or TV shows available in the United States starring or involving Andrew Adamson are, for example, Puss in Boots: The Last Wish, Cirque du Soleil: Worlds Away and Mr. Pip.
The streaming services with the largest selection are Prime Video, Amazon and iTunes.
The best StreamHint ratings are Puss in Boots: The Last Wish (8.2), Shrek (7.8) and A Time to Kill (7.5).