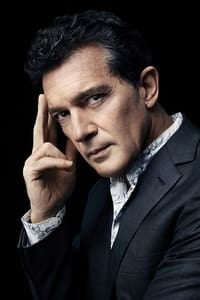 José Antonio Domínguez Bandera (born August 10, 1960), known professionally as Antonio Banderas, is a Spanish actor, producer, director, and singer. He began his acting career at age 19 with a series of films by director Pedro Almodóvar and then appeared in high-profile Hollywood films, especially in the 1990s, including Assassins, Evita, Interview with the Vampire, Philadelphia, Desperado, The Mask of Zorro, Spy Kids, the Shrek sequels and Puss in Boots.

Available on the following streaming services in the United States
Puss in Boots: The Last Wish (2022)

Some movies or TV shows available in the United States starring or involving Antonio Banderas are, for example, Puss in Boots: The Last Wish, The Enforcer and Code Name Banshee.
The streaming services with the largest selection are Prime Video, iTunes and Google Play.
The best StreamHint ratings are Puss in Boots: The Last Wish (8.2), Philadelphia (7.7) and Pain and Glory (7.5).