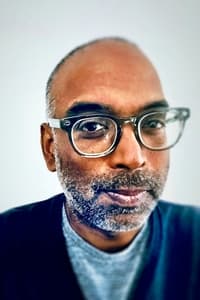 Bharat Nalluri is a British television director. In 1993, he and producer Richard Johns co-founded Pilgrim Films. Nalluri is best known for his work with the independent production company Kudos Film & Television in the 2000s and early 2010s. For Kudos, he has directed episodes of Spooks, Life on Mars, Hustle (which he also helped to conceive), and Outcasts: all for transmission on BBC One. He directed the first episodes of all four programmes, playing a major role in establishing the "house style" for each series. In addition to his television work Nalluri has worked in film, including directing The Crow: Salvation in 2000. He also served as second unit director on the films Resident Evil (2002) and Alien vs. Predator (2004), on both occasions working with the director Paul W. S. Anderson. Nalluri also directed a miniseries for HBO called Tsunami: The Aftermath, broadcast in December 2006. This two-part drama told the story of the tragic events that occurred in Thailand in December 2004. It is entirely fictional but is based on interviews and research of the actual event. He was born at Repalle of Guntur district in Andhra Pradesh, India. He was brought to England at an early age by his family and grew up in Newcastle upon Tyne, where he attended Eastcliffe Grammar School. He then attended the Royal Grammar School, Newcastle, with Paul Anderson, for 6th Form. He sang, for a number of years, in a soul/funk band called The Money Spiders. In 2007, Nalluri finished directing the feature film Miss Pettigrew Lives for a Day. It was released in a limited number of theaters in the U.S. on Friday, March 7, 2008.

7.2
62%
Available with NordVPN
Advertisement
Miss Pettigrew Lives for a Day (2008)

Some movies or TV shows available in the United States starring or involving Bharat Nalluri are, for example, Shantaram, The Man Who Invented Christmas and Spooks: The Greater Good.
The streaming services with the largest selection are iTunes, Google Play and Amazon.
The best StreamHint ratings are Shantaram (8.0), Miss Pettigrew Lives for a Day (6.9) and The Man Who Invented Christmas (6.9).