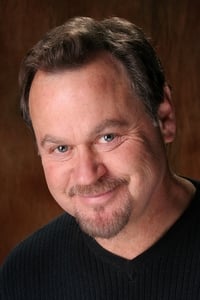 From Wikipedia, the free encyclopedia. Greggory "Gregg" Berger (born December 10, 1950) is an American voice actor, who is known for his iconic role as Odie from the Garfield franchise. His other roles include Jecht from the Final Fantasy franchise, Grimlock from The Transformers, Odie from Garfield and Friends, Mysterio and Kraven the Hunter from Spider-Man, Agent Kay from Men in Black: The Series, The Gromble from Aaahh!!! Real Monsters, Captain Blue from Viewtiful Joe, Eeyore from Kingdom Hearts II, Hunter the Cheetah from Spyro The Dragon, and The Thing from Marvel: Ultimate Alliance. Description above from the Wikipedia Gregg Berger licensed under CC-BY-SA, full list of contributors on Wikipedia.

Available on the following streaming services in the United States
Alita: Battle Angel (2019)

Advertisement
I Know That Voice (2014)

LEGO: The Adventures of Clutch Powers (2010)

Some movies or TV shows available in the United States starring or involving Gregg Berger are, for example, Alita: Battle Angel, The Star and Despicable Me 3.
The streaming services with the largest selection are Prime Video, iTunes and Amazon.
The best StreamHint ratings are Inside Out (8.1), The Transformers (8.0) and Aaahh!!! Real Monsters (7.6).