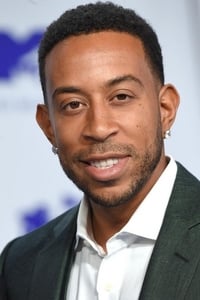 Christopher Brian Bridges (born September 11, 1977), known professionally as Ludacris, is an American rapper and actor. After forming his own label, Disturbing tha Peace in the late 1990s, Ludacris later signed with Def Jam South and would go on to become one of the first Dirty South rappers to achieve mainstream success with his subsequent releases. For his music, Ludacris has won an MTV Video Music Award and three Grammy Awards. As an actor, Ludacris is best known for his role as Tej Parker in the Fast and Furious film series, with his first appearance in the franchise coming in 2003. His other notable roles include Crash (2004), Gamer (2009), and New Year's Eve (2011). For his performance in the ensemble of Crash, Ludacris was co-awarded a Screen Actors Guild Award and a Critic's Choice Award for Best Cast.

Some movies or TV shows available in the United States starring or involving Ludacris are, for example, End of the Road, F9 and John Henry.
The streaming services with the largest selection are Prime Video, Google Play and Amazon.
The best StreamHint ratings are The Ride (7.5), Fast Five (7.3) and Furious 7 (7.2).