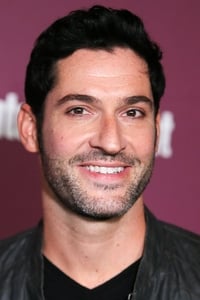 Tom Ellis is a Welsh actor, best known for playing Dr. Oliver Cousins in the BBC soap opera "EastEnders" and Detective Sergeant Sam Speed in a "Life on Mars" parody in the "The Catherine Tate Show. He was also Sam in the BBC comedy "Pulling", and plays Gary in Miranda Hart's BBC2 comedy "Miranda".  Other notable roles include Justyn in Channel 4's "No Angels" and Thomas Milligan in the series three finale of British science-fiction television programme "Doctor Who". He also starred in the ITV comedy drama "Monday Monday" during July and August 2009 alongside Fay Ripley. Ellis is married to actress Tamzin Outhwaite. The family moved to England and Ellis attended High Storrs School in Sheffield and was a French Horn player in the City of Sheffield Youth Orchestra. He was also a huge Sheffield Wednesday fan, but now supports Arsenal.

The Life and Adventures of Nicholas Nickleby (2001)

Some movies or TV shows available in the United States starring or involving Tom Ellis are, for example, Isn't It Romantic, Lucifer and The Secret of Crickley Hall.
The streaming services with the largest selection are Prime Video, Amazon and Google Play.
The best StreamHint ratings are Monday Monday (8.6), Lucifer (8.3) and Miranda (7.9).